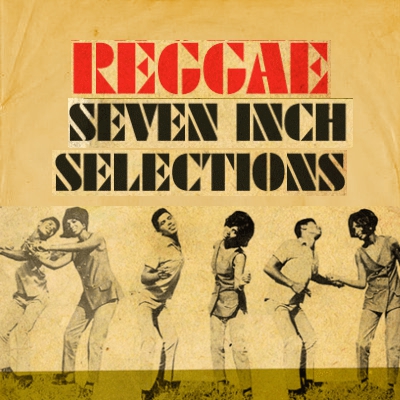 Here's a random selection of reggae 45s, both the A-sides and B-sides, because, hey, it's always nice to hear them in the form that they would have been played back in the day at sound systems. I've always fantasized about being at one of those outdoor sound system dances back then. I'd stick out like a sore thumb, but if they were anything like the sound system dance I attended locally (in San Diego) back in the eighties, it wouldn't matter. Fuck, the bass alone knocked out half your senses. That was a long time ago, and I still remember the people I was with, the smell of the jerk chicken, the haze of smoke and the shuffle of the feet. It was held indoors, in the same rented hall that had also been home to many punk shows. So the venue was familiar, and because it was indoors everything seemed amplified. The music, the smoke, the smells. You really need to turn this shit up. Aw, what the hell, burn one.