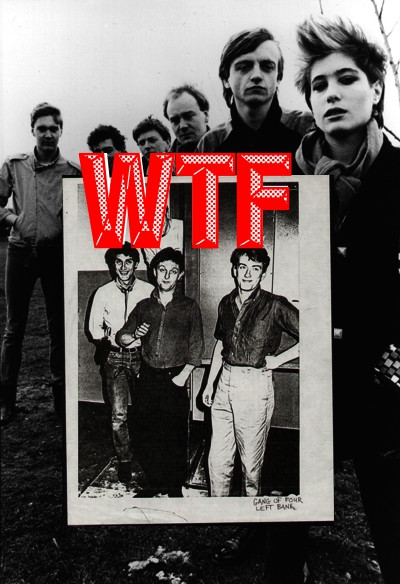 These days it's not all that weird to hear bands like the Ramones blasting from ballpark sound systems between innings. We don't even notice it. But it wasn't always like that. It kind of crept in. The same thing has happened with all sorts of once marginalized music. But, when you step back and think about it, some of it makes sense. It's catchy, formulaic and it gets people riled up. And the same music is in TV commercials, played in retail outlets and so on. I didn't think that I could be surprised much anymore, but that was before seeing these two videos that just popped up on my radar in the past month.

One is purportedly the 2015 Russian Synchronized Skating Team, doing what they do, to the music of 'The Joke' by the Fall. WTF. right? I even Snoped the sucker and there was no mention of it. The soundtrack does have that indoor arena echo. It's pretty incredible when you hear the slightly more abrasive sound it has on record. What was the thought behind this marriage? I'll have to look that up.

The other video is of Javanese gamelan ensemble Sekar-Melati doing a cover of Gang of Four's "Not Great Men". What in God's name is going on with this world. I guess it makes sense. Everything's fucking global these days thanks to the goddamn internet. Everyone is wearing the same T-shirt and the same shorts. Regional style is kaput. That fucking does it. I'm going back to Jamaica.