GODDAMN FLUTE! HOW"D YOU GET IN HERE?! 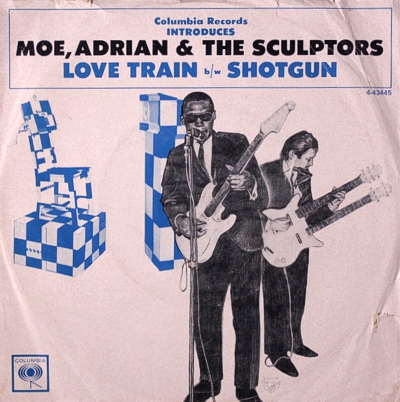 Well, a question that has been bugging me for decades has been, at least partially, answered. As a teenager and young adult, I was a total Johnny Winter freak. His "comeback" LP Still, Alive and Well was probably my most played LP of all time up to that point. (I probably had about a hundred albums, if that.) I know the LP backwards and forwards, and I must have read the liner notes a thousand times. For decades I've known that the flute on Winter's "Too Much Seconal" was played by Jeremy Steig. It was no one I knew back then, and in ensuing years I'd see him on the liner notes of other LPs, but what was he doing before he appeared on the Johnny Winter LP? I found out tonight, by accident.

We begin at Probe Is Turning-On the People, where the newest post is a 45 by Moe, Adrian and The Sculptors. Who the fuck are they? Knowing his (host Phil Milstein's) taste, I knew to give it a shot. I also noticed that, though there was little more info than what you'd find on a 45 label, there was that production credit for John Hammond, another clue that the two cuts may be worth hearing. They were. (Go listen, I'll wait.) While listening to them, because of the lack of info, I did a search. Other than a one 45 discography at Discogs, there was just a post at It's Great Shakes and it didn't sound too promising, starting "I hate it when I can't find information on certain obscure groups." Figuring it a dead end, I did something I rarely do. I read the comments. 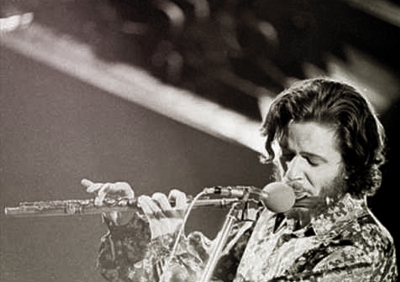 A few comments down, there it was: "I can add Moe is Moe Pelham, Adrian is Adrian Guillery and the Sculptors are: Bob Larimer on drums, Eric Kaz on Harmonica, S.J. Gandy on electric bass, Frank Woode on tenor sax and Jeremy Steig on flute. All hail from New York City." I only recognized one name, Jeremy Steig. Flute. Case closed. Then a couple comments later "They became Jeremy & the Satyrs. Did a really good LP." At this point I think I'm caught up all the Jeremy Steig I need. Maybe more later. Never was a flute guy.