I HATE THE YANKEES 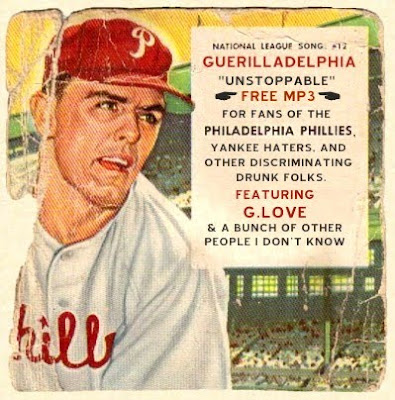 My favorite team is in the World Series. Who's my favorite team? It's any team playing the Yankees. So I couldn't resist posting this Phillies fight song. G. Love and a Bad Brain are the only names I recognize (but the whole roster of those involved can be found at this write-up at the Philadelphia City Paper). It's a nifty hip-hop song (and even if you're not a hip-hop fan, anything that can amount to even a molecule of a thorn in the side of ARod is totally listenable), and for an impromptu effort, the rhymes are relatable to any baseball fan. "Even hipsters in their indie rock bands, clap their hands say yeah, Ryan Howard is the main man, 'cuz with a bat in his hand, he's like a van full of drunk Phillies fans" and, in the "unwashed" version "Chase tell 'em," followed by Chase Utley sampled saying "World Fucking Champions!" Dig it! Snail, Greaser, Stampone and Crippler, this one's for you!
[Shout outs updated. Or is that considered a singular shout out? Please advise. Regards, Tom G, Dept 1502.]
.
Unstoppable mp3 at Guerilladelphia.com
Unstoppable (Unwashed) mp3 at Guerilladelphia.com
Posted by Tom G. at 7:22 PM No comments: 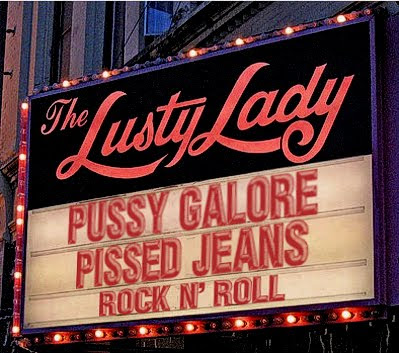 It's like coming home after a trip. Sure, those trails were nice, the sunsets spectacular, and the smell of the air was so fresh. But still, you get in the door and it's "Home sweat home!" No matter what mess you've come home to, it's somehow comforting and grounding, in a weird sort of way. So it is with loud, abrasive rock n' roll. It's always good to dance with the one who brung ya. And the more unlistenable it is to the public at large, the more it seems to be the soundtrack of a life lived with a lack of social graces. My kind of ruckus. 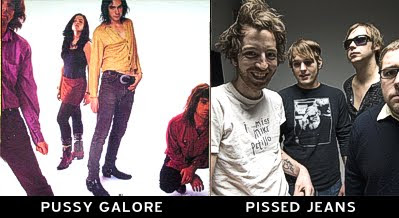 I could have hunted down any number of bands that would have been just as satiating as Pussy Galore and Pissed Jeans. But I liked the fact that this imaginary double billing would separate the wheat from the chaff by the marquee billing alone. Pussy Galore were long gone (and head Pussy Jon Spencer on his 36th subsequent band) by the time Pissed Jeans came along. But both bands serve essentially the same purpose. So, shake it off, burp, fart and scratch it where it itches.
.
Pussy Galore - Renegade mp3 at The Cargo Culte
Pussy Galore - SM57 mp3 at Merry Swankster
Pissed Jeans - False Jesii mp3 at Subpop
Pissed Jeans - I Still Got You mp3 at Subpop
Posted by Tom G. at 12:20 PM No comments: 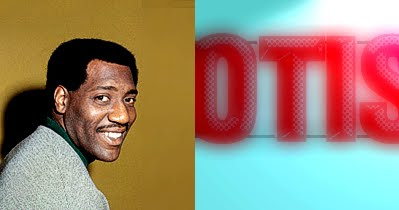 HERE'S TO THE ALSO RANS

Some records seem to be everywhere when they come out. Even though the pressings were limited, because of small demand, you end up seeing them everywhere right after they're released. This is especially true when they're punk records, about 500 pressed and maybe about 200 record buying punks in the scene when the record comes out. So it was that the Xterminators 45 (which came out about 1979) was overlooked by a lot of people in the San Diego scene. Coming out on Radio Active Records, it was released at roughly the same time as records by label mates the Injections and the Executives. (Who had money for three 45's and beer?)

The Xterminators were on the bill of a lot of shows back then, but rarely headlined. This made the demand for the record even less, especially when the Injections were the token notorious band of the label. And they were pretty humble guys too, definitely not a group that had "a look" or contingent associated with them. I'm not sure if I remember the complete line-up correctly: Doug "DT" Black sang and Terry Horn was the bassist (both pictured above, Horn in the shades), a guy named Juan Ruiz (kind of a scene outsider) was the guitarist and, if memory serves, Danny Ramirez was the drummer (could be wrong on that...). With DT and Terry the only scene regulars, they weren't a band that was highly visible as a unit off stage. Therein another reason why the record never went anywhere...back then.

Fast forward about 25 years and I'm on the receiving end of a call from a punk collector trying to get his hands on any San Diego punk records, the more limited the pressing the better. I passed his phone number on to DT and he's soon selling what remaining copies he had in his possession for something like 50 or 75 bucks. And shortly after that, the songs appear on a German compilation of rare punk singles. Punk record collectors (well any record collector really), are a bunch I've never completely understood, but I will enjoy the fruits of their labor any day of the week. So when the blog Killed By Death posted the Xterminators a few days ago, I wasted no time procuring a little San Diego punk rock history.

Hearing these songs again, unincumbered by scenester factors, I have to say, that they sound a hell of a lot more interesting than they did back then. DT's vocals sound nothing like his regular speaking voice today, but that's not neccessarily what gets me. I had totally forgotten that "Microvave Radiation" had a synthesiser on it (leading one commenter on Killed By Death to compare the sound to the Screamers), and the guitar on "Occasional Lay" sounds like a less produced Derwood Andrews (from the first Generation X album), with a few late song Clash-type chord changes. Regardless, I can't be objective. If you were around back then, you'd probably dig these. If not, there's always the comment section...

The Xterminators - Microwave Radiation and Occasional Lay mp3s at Killed By Death
(Yeah, I know, collectors like to disable direct mp3 links. Oi dude, whatever...)
Photos by Harold Gee
Posted by Tom G. at 7:56 PM 3 comments: 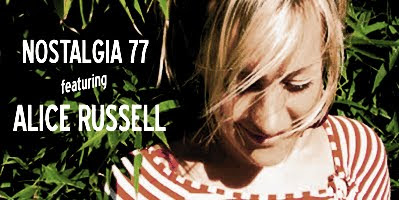 If you have a kid that picked up the guitar around 2003, you're probably sick of the riff. Around that time, two different sets of parents that I know told me that the White Stripes "Seven Nation Army" was basically the new "Smoke on the Water," meaning it had supplanted the Deep Purple song as the go-to "I just got a guitar, now I'm gonna rock" lick. (London area guitar students rated it the #19 lick, with "Smoke on the Water" holding down #1. But that was in 2008, when it was no longer being jammed down the ear canals of every adolescent MTV viewer.) Regardless, if you're in the mood for a cover with some interesting instrumentation and one hell of a singer, download Nostalgia 77's cover, featuring Alice Russell. Once Russell starts singing, the riff that once annoyed the hell out of you will become irrelevant.
.
Nostalgia 77, featuring Alice Russell - Seven Nation Army mp3 at Soul Sides
Posted by Tom G. at 6:27 PM 3 comments:

I DON'T MAKE THIS STUFF UP 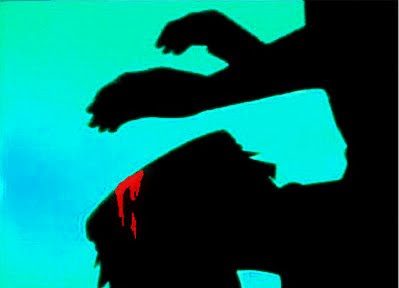 Needing an excuse to post links to some shit-hot instrumentals on a blog that I frequent, Diddy Wah, I came across a headline from the town I live in (Ocean Beach, which is in San Diego). The rollover teaser read "Woman assaulted with bongo drum in Ocean Beach". I knew the OB jokes were not far behind...and I was right. As I write this, if you search "bongo assault" on Google, three out of the top four results lead with "Only in OB", including one from a "legitimate" and lazy network affiliate. (While it might be expected, even humorous, for a blogger to lead with that, a "legitimate" news source? C'mon...)
..
Anyways, it reminded me that I had been meaning to post a link to DiddyWah's post with the Arrows' "Blues Theme" and "Bongo Party" (hence the weak tie-in, get it?). The Arrows are often referred to as Davie Allan and the Arrows, as he was the head Arrow, lead guitarist, and, above all, keeper of the fuzz. See, "Blues Theme" is not a blues song. It is from soundtrack of the biker-ploitation flick, Wild Angels and is the theme for Peter Fonda's character, Blue. And, in regards to fuzz, it's right up there with the Rock n' Roll Trio, the Beck-era Yardbirds, and the best of the garage bands: top shelf fuzz. 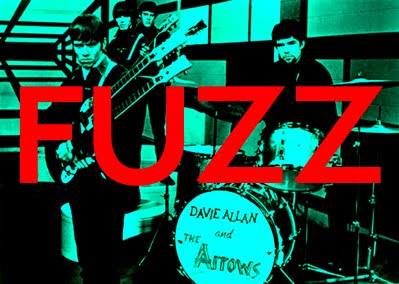 You ought to consider "Blues Theme" an essential download. It's like the "Johnny B. Goode" of fuzz, and it's got murdercycle sound effects to boot. And you should peruse and bookmark DiddyWah's blog. Another recent post had the seldom mentioned (and obscenely under appreciated), "Boss" by the Rumblers, another bona fide no-brainer. Unfortunately (and, in the interest of full disclosure), I gelled on posting a link to "Boss" before the link went dead. As consolation, here's a link to Boss Machine, by Jan Davis, a second tier Boss-related surf-type instrumental (but this one has, what must be, a Mustang for the token tough-guy sound effects). The A-side "Fugitive" in in an altogether different genre, that of the surf-type instrumental with hounds chasing a fugitive. One more before you go: it's not nearly as tough-guy as it's title, but Satan's Theme is just too B-movie-goofy of a name to not bury in a playlist.
.
The Arrows - Blue's Theme mp3 at Diddy Wah
The Arrows - Bongo Party mp3 at Diddy Wah
Jan Davis- Boss Machine mp3 at Diddy Wah
The Rondels - Satan's Theme mp3 at Diddy Wah
Diddy Wah home page (bookmark it!)
Posted by Tom G. at 7:39 PM No comments: