Norman Whitfield died last week. He wrote (or co-wrote) many of the definitive late 60's/early 70's songs for Motown, so his name should be recognizable to anyone record-geek enough to actually peruse songwriting credits. Among them, "War" (which has to be the most powerful anti-war song to ever chart; #1 in 1971), "Ain't to Proud to Beg", "I Heard It Through the Grapevine", "Ball of Confusion", "Cloud Nine", "I know I'm Losing You" and roughly 300+ other songs (see the massive listing at the Songwriters Hall of Fame).
.
As with any good song, the proof is in the pudding: how do the cover versions stack up? For "I Heard It Through the Grapevine" I'm including a link to the Slits decidely sparse version, and for "Papa Was a Rolling Stone" I had to include a link to the Pioneers version, my favorite, over even the Temps original. I tried to find D.O.A.'s cover of War (the only version that comes close to updating the intensity of the Edwin Starr original) to no avail (but turn up Starr's version and see if it doesn't still hit you in the gut). "Paint the White House Black" is a 1993 post-Motown song, co-written by Whitfield, George Clinton and about a half dozen others.
.
This is just a sampling. For more Whitfield songs, check out the sites hosting these MP3s. And you should really read his bio/obit at the Guardian, to throw everything into context. (Thanks to Ted for the suggestion. I owe you again Snail!)
.
War -Edwin Starr MP3 + Cloud Nine - Temptations + 3 other Whitfield/Strong songs at Bag of Songs
I Heard it Through the Grapevine - the Slits MP3 + 3 other Whitfield/Strong songs at Moistworks
Papa Was a Rolling Stone - the Pioneers MP3 + Temptations original version at Funky 16 Corners
Paint the White House Black - George Clinton MP3 @ Snuhthing/Anything (w/Ice Cube, Dr. Dre, Public Enemy & Shabba Ranks)
Norman Whitfield: Death of a Soul Icon obituary/bio at Guardian.co.uk
Norman Whitfield at the Songwriters Hall of Fame
Posted by Tom G. at 12:50 PM No comments:

Looking back at 1977, it still amazes me how much happened, how fast it happened and how it changed the game forever. It was pivotal year, no doubt about it, and it wasn't just in terms of how the whole punk rock/DIY revolution changed the way the music business operated. It was the movement that defined who the tools and non-tools of the music industry were.
The Zeros, a band always included in the '77-'78 roll call of original Southern California punk bands, weren't tools. There were unbeholden to the music industry, which wasn't unusual at the time. What set the Zeros apart is that they were never really beholden to punk rock either. Though they didn't reject the punk tag, they were a rock n' roll band, pure and simple. From their first record in 1977 all the way through to their last recording in 1999. Like Sweden's Nomads (who did a remarkably loud-yet-faithful cover of the Zeros' "Wimp"), they had their own sound and their own disarming look. No spiked hair, no torn clothes, no studs.
Through different eras of the band, you only had to look at the covers they did to get an indication of what wound their watches: Bo Diddley, Mitch Ryder, Bobby Freeman, the Sonics, the New York Dolls, the Seeds, and the Standells. And every cover they played had the distinctive Zeros sound, somewhere between Johnny Thunders and the Ramones.
Their first 45, "Don't Push Me Around" b/w "Wimp" seems, lyrically, to be the stuff of JD's in training. Keep in mind, these guys were kids, between 16 and 19, when they began recording. They were documenting their own still-evolving attitude, and I-could-give-a-fuck swagger.
.
Their earliest hometown appearance came on a local San Diego morning talk show, Sun Up (they were actually from Chula Vista, which is about 8 miles south). View the clip and take a look at the faces, the knock-kneed stances, feet practically glued to the floor; these are clearly kids. And this was just a scant few months after their first L.A. appearance, sandwiched between two other debuting bands, the Germs and the Weirdos. 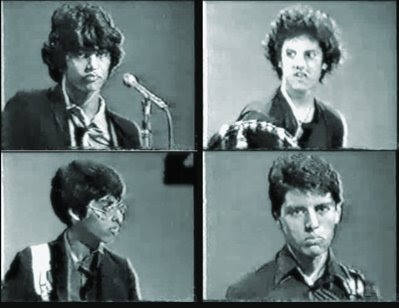 The clip is from the fall of 1977, and they're lip-syncing both sides of their 45. It was just days before their first San Diego appearance, what would be the first San Diego punk rock show, with the Dils and the Hitmakers (the latter, a band that featured two ex-Dils and future Crawdaddy/Nashville Rambler Ron Silva). Things would progress quickly in the ensuing months, with regular gigs in L.A. and quick trips to San Francisco (Lead singer/guitarist Javier Escovedo would later write "I was the only one who could drive and had to motor my station wagon from Chula Vista up to The City, play the show, then drive right back so Robert, Baba and Hector could attend school the next day".)
.
Their sound started to coalesce and by the time of their second 45, they had fully developed what would be the two sides of the band (on this record literally). While the B-side, "Beat Your Heart Out" showed their pop-influenced love song side, "Wild Weekend," the A-side, continued the theme of youthful defiance, with a stepped up pace and, lyrically, a line-drawing of the age card that ranks up there with the Who's "My Generation". The scene is set, on a Friday night, with the parents gone, a six pack of beer, and a girl:
.

It gonna be a wild weekend,
and I just know it,
I'm feelin' crazy,
and I gotta show it.

It's 1:33 of unadulterated rock n' roll bliss, ending with a twelve second guitar solo straight out of the Johnny Thunders songbook. "Wild Weekend" was on my top ten list in Substitute (my short lived fanzine) in 1978 and it still ranks up there as one of my favorite songs of any era, thirty years later.

The Zeros - Wild Weekend and Beat Your Heart Out MP3s at Last Days of Man on Earth (Dig around on the Last Days site; there's a lot of good stuff) 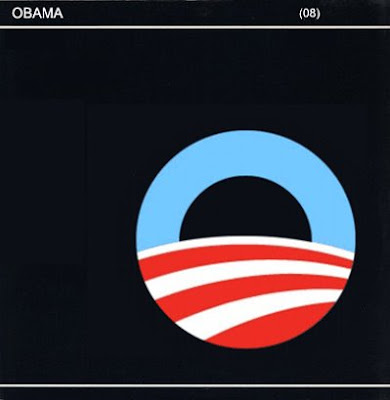