BOSS SOUNDS FROM THE TRASTOS HI-FI

One advantage of being a certain age is that, when it comes to reggae, your objectivity isn't necessarily skewed by hippies, hacky-sack, Bob Marley, trustifarians or other such reggae cliches. My friends and I were lucky enough to be turned on to reggae as an ersatz chaser to a punk rock cocktail. When all other mellow music was getting tossed aside, reggae was not. Simply put, it was the best rebel music with a soulful beat available. It was an awesome awakening: the hunt for reggae on the shelf, any store shelf (Ratner's Electric in downtown San Diego?!?), the booming sound system of the reggae disco at North Park Lion's Club (you could feel the bass in your chest), the kind recommendations from reggae freak elders, and learning the proper way to spell New York ("a knife, a fork, a bottle, and a cork, that's the way you spell New York..."). And all of that discovering of this other acceptable genre comes flooding back when I hear anything from Horace Andy's first album, "Skylarking". 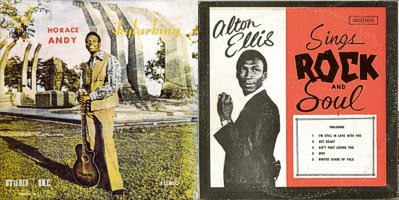 At the time, a lot of earlier reggae was getting licensed in the U.S. and issued at bargain prices. Marley had yet to break and it seemed like the reggae that was being released as if spattering paint, just hoping some of it would stick. The reissues were typically released with bland packaging with total disregard of the exotic covers of the originally issued LPs. It boggles the mind to think about what could have happened if these LPs were released with the original packaging (as seen here). What if the significance of these reissues was more widely recognized, and what would have happened if reggae music as a whole had broken before the rampant one dimensional Marley mania? 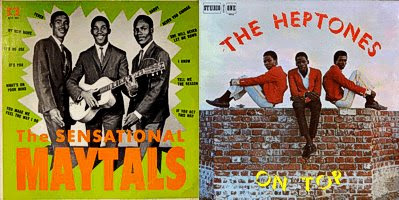 Before any miscreants start whining about how great Bob Marley was, let me pose this question: what would rock n' roll be like if the only artist most people were familiar with was the Rolling Stones? You get the picture, so make room on your plate. There is so much more essential reggae.
.
Horace Andy - Skylarking mp3 at KinoSport
All the ingredients are here: an essential 1969 Studio One classic
Horace Andy - Skylarking, the entire LP download at Global Groove
Sound Dimension - Real Rock mp3 at The Suburbs are Killing Us
The house band at Studio One with the rhythm that backs 250+ early reggae classics
Sound Dimension - Real Rock Version mp3 at The Suburbs Are Killing Us
The Heptones -Hypocrite mp3 at Ear It Now
The Maytals - Pressure Drop mp3 and 6 other Maytal cuts at I Predict A Riot
Sister Nancy - Bam Bam mp3 and 11 early reggae & rock steady cuts at I Predict a Riot
Bam Bam, from 1982, had to have been on MIA's turntable at some point
Alton Ellis - I'm Still in Love With You mp3 at Grand Panda
If the rhythm sounds familiar, you must have checked Althia and Donna's Uptown Top Ranking
Big Youth - Screaming Target mp3 at Djnodj
The Slickers - Johnny Too Bad mp3 at Motel de Moka
King Tubby - Take Five mp3 at 8106
How this is a King Tubby cut when there's no dub is beyond me, but a cover of Dave Brubeck with a groove keeps me from asking too many questions...
Augustus Pablo and King Tubby - King Tubby Meets Rockers Uptown mp3 and 3 others at Dollar Bin Jams
Another all time classic: melodica + dub = chill bliss
Posted by Tom G. at 9:41 PM 2 comments:

UPDATE, MAKE THAT SAD UPDATE:
From the Rockabilly Hall of Fame website:
"Billy Lee Riley R.I.P.
One of the greatest original Sun recording artists, peacefully passed away on Sunday August 2nd, 2009 at 5:20 AM. His family was at his bedside."
.
[The following was written before his death.] Not to sound like a complete jerk, but here's a novel idea: Before another legendary early rocker passes away, and the requisite "woe-is-me" eulogizing pours out of a thousand blogs (guilty here too), let's help a ailing rocker live. Billy Lee Riley has stage four bone cancer, and he's broke..
Why you should care: Riley was in the early crop of Sun Records artists, and was never fully given his due. Though revered among rockabilly fanatics and record geeks everywhere, he's practically unknown to John Q. Gotta-Lotta-CDs. Few know that he and his band, the Little Green Men, were the studio house band at Sun. And Riley, a solo artist as well, literally coulda been a contender. "Red Hot", the closest he ever got to a hit, was passed over by Sam Philips so he could promote Jerry Lee Lewis. As the story goes, Riley was in the Sun office when Phillips cancelled advance orders of 30,000 copies of "Red Hot," telling distributors to push "Great Balls of Fire" instead. Riley then did what any self-respecting rocker would do: he went out and got loaded, returning later to demolish the studio..
Whether or not every part of the story is true, it does speak to Riley's refusal to be a patsy. His disillusionment with the label would later force his exit, landing at Brunswick for a short time, before starting his own label. In the PBS produced documentary, Good Rockin' Tonight: The Legacy of Sun Records, while in conversation with other early Sun artists, Riley was the only one that mentioned getting the short end of the Sun stick. Meanwhile, the others hemmed and hawed about the good ol' days.

Bottom line, gang, is that he is part and parcel of the reason rock n' roll exists. Even if you whittled his career down to his two best known songs ("Red Hot" and "Flying Saucers Rock n' Roll," both essential fuel in the original fire), we would owe him a debt. But he was one of the Sun second-stringers, slightly wilder (ergo less marketable), who kept the stars from getting too, well, soft, during their tenure at Sun.
.
He's racked up big medical bills. He and his wife, Joyce, are having a tough go of it. For the love of whatever rocks you, help Billy Lee Riley live. Here's his address:
.
Billy Lee Riley
723 Crest Drive
Jonesboro, Arkansas 72401
.
Or you can donate via PayPal at the Rockabilly Hall of Fame home page
.
Billy Lee Riley - Red Hot mp3 at Boogie Woogie Flu
(w/Jerry Lee Lewis on piano)
Billy Lee Riley - Flying Saucers Rock n' Roll mp3 at Boogie Woogie Flu
(One of the earliest recorded whammy bars)
Billy Lee Riley - Red Hot (alternate take) mp3 and two others at The Hound Blog
Billy Lee Riley's bio, in his own words at Delta Boogie
(NOTE: Scroll halfway down the page)
Billy Lee Riley page at the Rockabilly Hall of Fame
.
A special thank you to Boogie Woogie Flu for putting it out there.
Posted by Tom G. at 10:13 PM No comments: 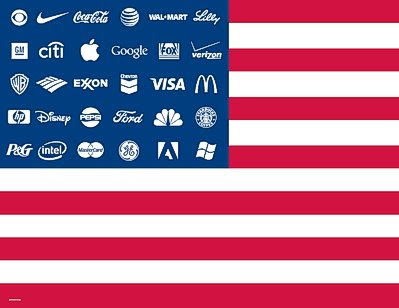 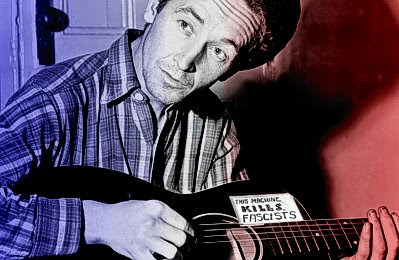 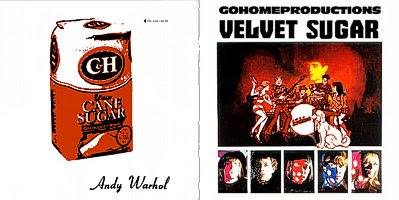 Velvet Sugar is a mash-up, by Go Home Productions (aka Mark Vidler), who puts them together as seamlessly as anyone. His imaginative "Ray of Gob.", which mixed Madonna and the Sex Pistols seems to pop up somewhere every few months, as does this bizarre juxtaposition: the Velvet Underground/Archies "Velvet Sugar."
.
Go Home Productions - Velvet Sugar mp3 at Covert Curiosity
Go Home Productions - Abba and the Bunnymen mp3 at Covert Curiosity
Am album of recent work, including the Stones-Temptations "Rolling Confusion", T-Rex/Stones "2000 Lightyears from Bolan" can be downloaded (via Rapidshare) on his site (and there's video too).
Another curious mash-up of the Stooges and Salt n' Pepa by 2 Many DJs is posted at the end of this post on Pogo a Go Go.
Posted by Tom G. at 6:41 PM No comments: