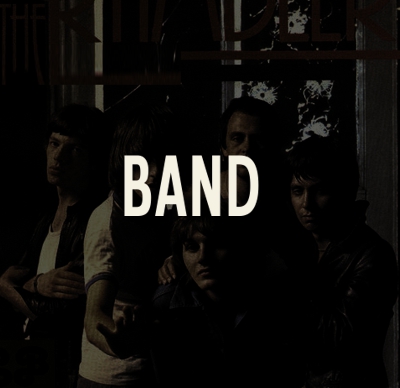 This was a random click. I'd never heard of the band, I'd never heard of the song. I didn't know the release date or the country of origin. But the guitar hooked me. The tone, the riffs, the pace. This was something like a mix of the Buzzcocks and the Real Kids, with a little Jet (remember them?). Three minutes of crunchy goodness. The big question? On the basis of one song, they were pretty much batting a thousand. Dare I go further? This took some deliberation. If they were as good as that one song with their other stuff, I'd likely have at least heard of them before. And it their other stuff sucked, would it diminish my fondness for the song I just listened to? I listened to it a couple more times and decided to take the plunge.

Right off the bat it became a challenge. The band's name was the Ramblers. Do you have any idea how many bands there are with that name? Even armed with the song title ("Solid Ground") there was practically nothing to be found. I did find an entry at Discogs, but after seeing what the the name of the album the song came from, things were getting sketchy. Are you ready for this? The album title: The Kids Are Back To Rock 'n' Roll. Oh jeez. How the fuck are you going to defend that? I looked at their discography. They were German and this sucker was released in 1978. Okay, so I'll take the one song. One non-hit wonder. It's happened before.

~ NOTE: ALL MEDIA IS HOSTED BY THE BLOGS & SITES NAMED BELOW ~
Listen:
The Ramblers - Solid Ground mp3 at Mod Punk Archive If the link is dead, YouTube has it
Video:
The Ramblers - The Kids Are Back To Rock 'n' Roll at YouTube Yikes. When did punk rock finally get to Germany?
Visit:
The Ramblers - Discography at Discogs