THE MAN WITH THE HALFTONE HEAD 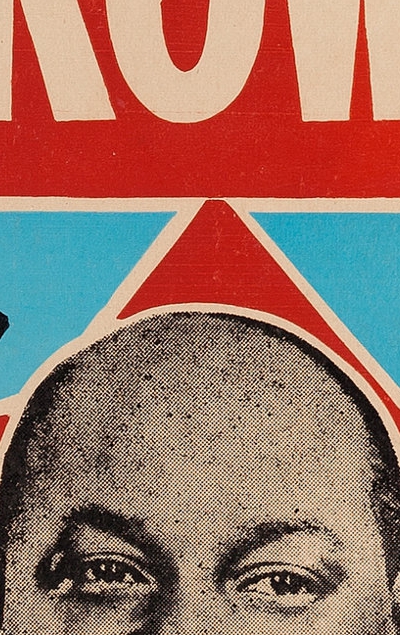 Last night while fiddle farting around I was listening to Saturday Night Fish Fry, a rhythm and blues radio show that just plain kicks ass. I've probably mentioned it before. If you like rhythm and blues, jump blues, and that type of stuff, primarily from the forties and fifties there's a link below (they stream the show online). That lead to an r&b dig, and I was reminded of this cheapo 10 CD Rhythm and Blues set with a couple hundred cuts. There are partial song samples posted at Internet Archive, but the set is so damn cheap (about $20 U.S.) that if you're into that type of music you really ought to shell out some of your fancy beer money. It's a no frills set with no liner notes, just song titles and artists, and it's got about the most generic name possible, Rhythm and Blues, so it can be hard to find. (Just search the "ASIN# B000AAP7IU" and it'll pop up.) 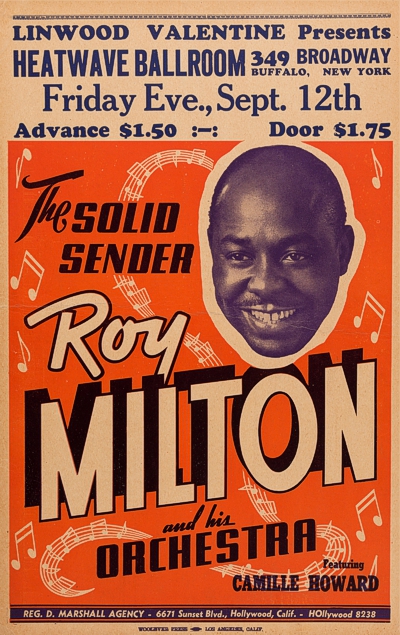 My aim was to post some Amos Milburn, the first artist on the first disc of that box set, and take if from there. I instead settled on Roy Milton because his stuff was easy to find, surprisingly easy. Following Milton I was off to the races, so Milton is what you get. I checked out and finished the night flat out fucking around while listening to about third of that set. Baby. I just can't stop.