WHEN LINER NOTES WERE SEARCH ENGINES 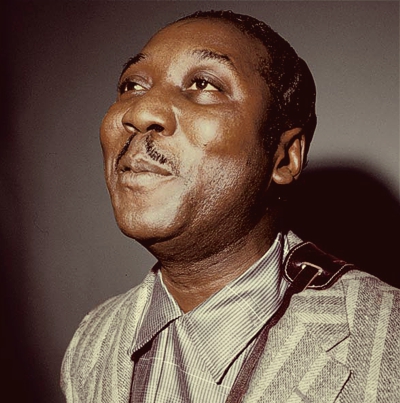 As I've mentioned a zillion times, my brothers and I were music freaks at an early age. After we started listening to blues rockers (i.e. Johnny Winter) and British blues (John Mayall), we noticed a name that kept popping up in the songwriting credits, McKinley Morganfield. We were in high school. It was the dark ages, no Google, no Wikipedia, no internet. Home computers were not made yet. (Neither were pocket calculators or digital watches.) It took some time to figure out what that name meant. After seeing the name Muddy Waters mentioned in interviews by the artists that also had McKinley Morganfield songs on their records, my twin brother went out and bought a Muddy Waters album, thereby discovering that a bunch of the songs on it were written by Morganfield. He's the one of us that put two and two together. Confirmation came via the counter guy at Soundsville, the local record store. Muddy Waters was McKinley Morganfield. Thus began our affair with good Chicago blues. Now, onto this Chester Burnett guy. So, just for the hell of it, here are three well known Muddy Waters associated songs not written by him.