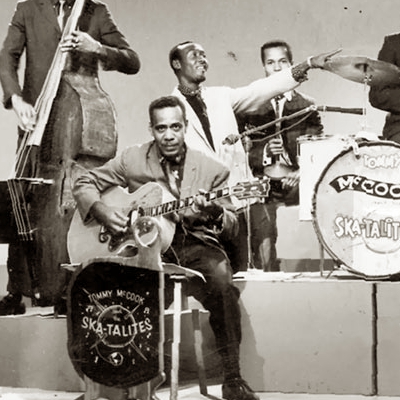 Some people are obsessed with getting every single release that their favorite artist(s) releases. I know plenty of people like that. I'm not one of them. So when someone posts a Skatalites 45 that I've likely not heard, I snag it. They recorded a shitload and I'm not sure a complete discography exists. Coxsone Dodd, who released the bulk of their stuff, didn't even have a complete discography of his record labels. Bottom line, if the link died next week I might not ever hear it again. If you're into the Skatalites don't blink.

Note: Over at Groove Addict, if you're in the U.S. the link that says "Link" won't work for you. Click on the one that says "uloz". Once at Uloz, there are two download buttons. I did the free slow download and it took less than a minute. It's a rar file with two mp3s.