PARTY WITH ME PUNKER 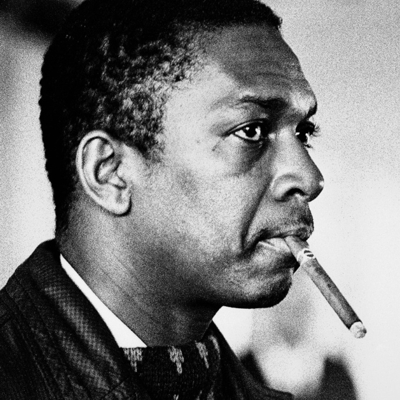 Henry Kaiser has be floating just outside my listening sphere for years. I don't think I have anything by him but I know the name. I've seen it a thousand times. I know he plays guitar and is affiliated with free jazz, experimental and arty music. You know, the brainy genres. Now comes an outfit called "A Love Supreme Electric", with Kaiser and four others, one of them Mike Watt.

How Watt got together with Kaiser is anybody's guess, but then again, is there anybody he isn't connected to? As the bass player with the Minutemen he was around the whole SST crowd (Black Flag, etc) but the amount of clout he had became apparent when he released his 1995 solo LP,  Ball-Hog Or Tugboat? I doubt any bass players have had as many familiar names as guests on a single LP. On that record: Frank Black (Pixies), Kathleen Hanna (Bikini Kill) Adam Horowitz (Beastie Boys), Dave Grohl and Kris Novolesic (Nirvana), J. Mascis (Dinosaur Jr.) Cris and Curt Kirkwood (Meat Puppets), Thurston Moore and Lee Renaldo (Sonic Youth), Dave Pirner (Soul Asylum), Evan Dando (Lemonheads), Pat Smear (Germs), Henry Rollins, Flea (Red Hot Chili Peppers)., Paul Rosseler (Screamers) and a shitload of other namess that that I don't recognize. That was in 1995. I think I've been over all that before. I mention it now just to illustrate what a big net the guy has. Oh, and he went on to play in the reformed Stooges.

So, Kaiser and Watt get together with three other dudes (Vinny Golia, John Hanrahan, and Wayne Peet) and cover Coltrane. It works. Here's a couple videos of what appears to be different line ups of Kaiser's outfit.  It's cool, if you're not such a tight ass to think of it as blasphemy. There's also a link to the Bandcamp page for the project (more samples) and just for good measure, a couple Coltrane originals.