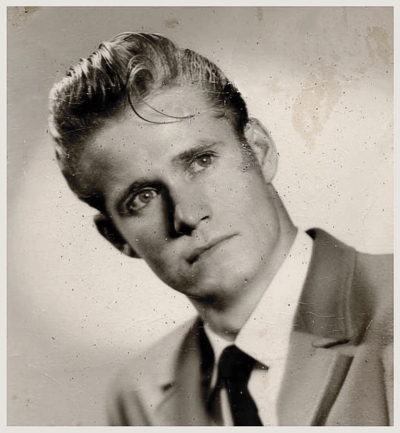 Well, I gave it another go, played rockabilly roulette at Rocky 52 and ended landing on Alvis Wayne, an early rockabilly dude out of Paducah, Texas. Never heard of the place, so I thought I'd take a look-see. Holy shit. The place is like a ghost town. The population in 2000 was only 1,498. By 2019 it had dwindled to 1,278. I took a look at the street view, boarded up storefronts and empty. There were cars on the road, but not a soul in sight as I traveled virtually through the town. The homes were in decent shape, as were the gas stations and one of four motels that I came across. But the town has seen better days. And it produced Alvis Wayne.

Wayne has a familiar story. Grew up listening to Jimmie Rodgers, Bob Wills, blah, blah, blah, got a guitar at age ten and was playing professionally by the age of twelve. Ended up almost as a footnote when rockabilly fiends in the UK took notice of his old records, blah, blah, second wind, blah, signed with Rollin' Rock Records in the mid-seventies, two albums  and then sporadic appearances and another LP in 2000. Here's a few. I gotta go look into what the fuck happened to Paducah.