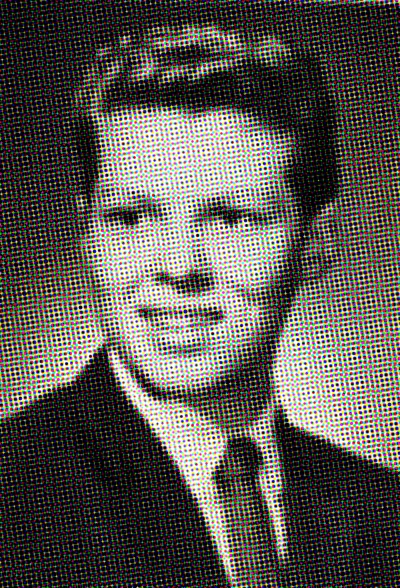 There I was, over at Rocky 52, intent on playing rockabilly roulette. That's where I look for any artist tagged as rockabilly. It's gotta be A) a name I don't recognize, B) old, as in not one of those newer rockabilly outfits with all that Dixie regalia, C) little or no backing vocals. Really, they can ruin a potentially brilliant record. and D) something wild. Preferably with a scream or two and some good guitar. It's like Russian roulette with shittier odds. But, you don't die.

Sometimes I hit pay dirt right away. Other times I get distracted. Like tonight. Keith O'Connor was listed as "US Rock 'n' Roll singer from Indiana", Close enough I thought. Clicked and the first song was only so-so. Then I saw that as a member of the Torkays he did a song "Karate". It was substantially better. Then I thought I remembered an old post that had a bunch of karate themed songs. After rummaging around some old posts, a link to our ol' buddy, The Probe. Sixteen karate non-chartbusters.

~ NOTE: ALL MEDIA IS HOSTED BY THE BLOGS & SITES NAMED BELOW ~
Listen:
The Torkays - Karate mp3 at Rocky 52
Chop Chop - 16 Karate oddballs at Probe Is Turning-On the People Sandy Nelson, Travis Wammack, Dave and Ansel Collins, and others. Enough to make me forget what I was doing.
Posted by Tom G. at 9:00 PM