DOWNHILL FROM DAY ONE: THE FIRST FOUR HOURS 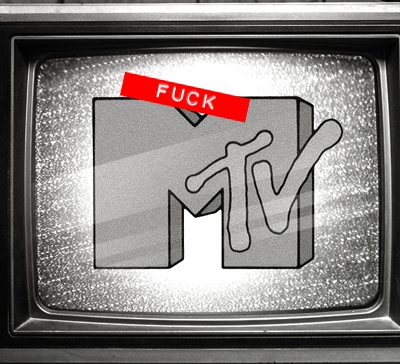 I would guess that many of you aren't old enough to remember when MTV first came on the air. It was forty years ago today. I didn't have cable when it first came on the air, but I did shortly after. It was a game changer, but not really in a good way. While it did enable viewing of bands you'd only heard on the radio, it also enabled viewing of bands you never wanted to see in the first place. Not quite like YouTube which was still years away. If you wanted to see a particular band, you might have to sit through a shitload of bands you weren't remotely interested in. Obviously playlists were in order so you didn't really get to see anything too radical either. It was mostly arena rock and new wave. Blech.

After it was around a few years they tried to get a little more relevant, introducing shows like Yo! MTV Raps, which was early rap, 120 Minutes, a show with alternative and "edgy" music, and Headbangers Ball, which was hair metal and such. It was getting interesting. Then, fuck, The Real World. Their first big non-music series was about people thrown in a house together and filmed. It was like Big Brother (is that still a thing?). Though some reality shows appeared after TV writers went on strike in 1988, The Real World was one of the first reality shows to blow up. Debuting in 1992, it was immensely popular and other networks took notice. Big Brother appeared, and Survivor and a bunch of others. Those others included, The Apprentice, appearing in 2004 and featuring Donald motherfucking Trump. He was an old punch line to a bad joke at that point, but that didn't seem to matter. A lot of people watched that show and stoked his already inflated ego. He had come this close to being out of the public eye, and then reality TV made him more visible. You know what the old punch line is to that bad joke. We're still paying for it.

Here's two videos. The first link below is the first four hours of MTV that aired. Try to imagine a time when it would have been considered groundbreaking. If you're old enough to remember  the early years and the demise in real time, check the video linked at the bottom. In an episode of Portlania, Spike, a reoccurring hipster character (played by Fred Armisten) enlists real MTV hosts Kurt Loder, Tabitha Soren and Matt Pinfield to help take back MTV from the tweens.

~ NOTE: ALL MEDIA IS HOSTED BY THE BLOGS & SITES NAMED BELOW ~
Watch:
MTV First Four Hours Remastered - 12am Saturday August 1st, 1981 at Internet Archive
Take Back MTV sketch from Portlandia at Dailymotion
Sketch is in three parts: from 2:46-5:37, then 8:45-12:44 and from 19:18 to the end. Note: For whatever reason, the images are reversed so what text is shown is backwards.