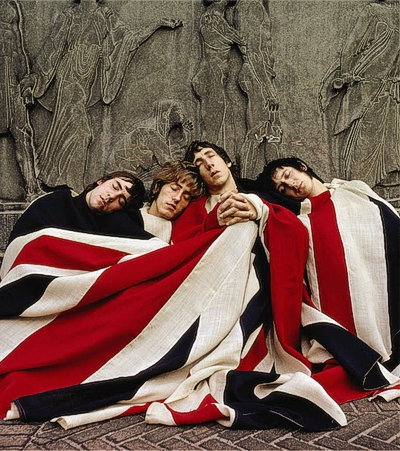 Here's a good one, the film The Kids Are Alright, a film about the Who. It's mostly live footage with some television appearances with some studio clips. I haven't seen it in decades so I don't remember how much is vintage footage. Or was then, when the film came out. I suppose all of the footage could be considered vintage now, particularly because it's the Keith Moon years. Anyway, I've always wanted to see it again. You should too. Turn it up.

Because I don't remember what's in the movie, I'm not sure if the High Numbers (a temporary name change) footage from Railway Hotel in 1964 is in it, so there's a link to it, It's excellent early live footage filmed in a small club.

Watch:
The Kids Are Alright - A film about the Who at YouTube There are commercials, plan piss breaks and snack runs accordingly.
The High Numbers at the Railway Hotel, 1964 at YouTube