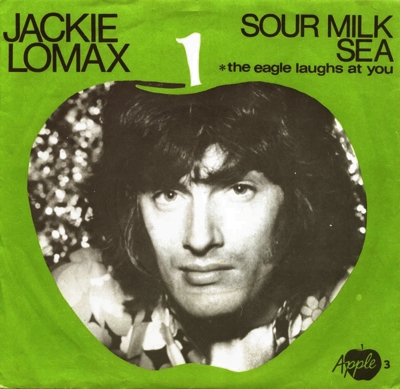 Here's an oddball. Might be a case of mistaken identity, I'm too lazy to do research tonight. What caught my eye was the title, "The Beatles - Sour Milk Sea (1968 - Full Remastered)". I'm thinking, well that's a Beatles song I've not heard. So, while I'm listening to it, it's really good by the way, I see in the credits "Artist Jackie Lomax". Okay, I'm thinking it's just a misleading title. Lomax had been on Apple, so let's see if this is his. So I checked. The version of it by Lomax was different, but the song was written by George Harrison and Lomax's version was produced by Harrison. So, here's my guesses. The "Beatles" version was a demo made for Lomax, by Harrison (the vocal on that version sounds like him) or it actually is a Beatles recording that was left unreleased for some reason. It's not as if it matters. It's just the Beatles.
Wait. This just in, from Wikipedia: "The group recorded a demo of the song while considering material for their 1968 double album The Beatles (also known as the White Album)."