HE WHO PUTS ANTS IN PANTS 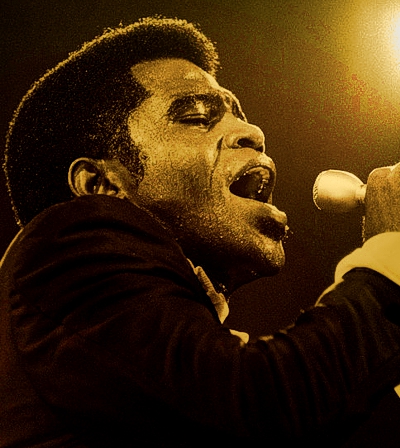 I was shooting the shit with a younger DJ friend of mine yesterday. His music of choice is electronic, EDM of the "dooosh, dooosh, dooosh" variety. He also does weddings as a better paying side gig. This past weekend he DJ'ed a wedding so I thought I'd ask what a wedding go-to crowd pleaser is these days. You know, the one you throw on when the dance floor has started thinning out and you need to get them out there again. His answer was Bruno Mars. I thought about it and the one I would keep in reserve until that re-stoking was needed, this is back when I DJ'ed an occasional wedding, would have been James Brown. This lead to all sorts of thoughts later, long after our conversation ended. One is that his go-to was of current vintage in relation to when the weddings were taking place. While James Brown's or Aretha Franklin's (another go-to for me) stuff would have been about twenty five years old when I played them at events. Then I thought about the people at the weddings. I DJd only at friends' weddings, and my friends are all pretty musically educated. James Brown would have been a no-brainer.

Here's a couple lesser know James Brown cuts from 1968. (These were never dance floor tested by me.) The second song, "Funky Soul 1", is an instrumental. My guess is that the JB is on the organ. He had instrumental LPs in the past where he was the organist so I'm sticking with that (also, it's the featured instrument so...). I gotta say, the man had decent chops.
~ NOTE: ALL MEDIA IS HOSTED BY THE BLOGS & SITES NAMED BELOW ~
Listen:
James Brown - There Was A Time mp3 at Groove Addict
James Brown - Funky Soul 1 mp3 at Groove Addict
Posted by Tom G. at 7:21 PM