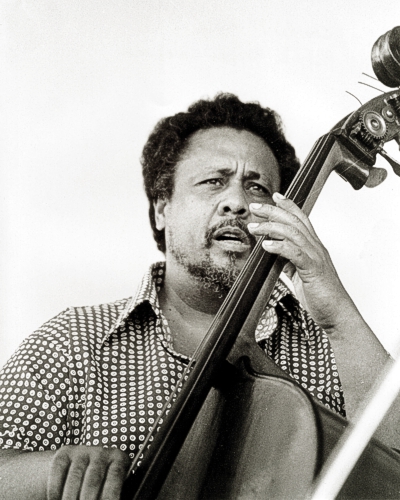 Charles Mingus is one of those jazz greats that I've yet to completely devour. It's kind of the same for any artist when I'm just beginning to listen to. It might be years before I seriously dig in. When I hear something I like, I note it and continue to listen to any random thing until I hit a stinker. Then I start to re-access. The longer the artist bats a thousand, the more respect and attention they get. But when they end up going on a long string without a stinker, there is a higher likelihood that a stinker is right around the corner.

I can't say I've listened to a lot of Charles Mingus compared to real fiends of his work, but I have enough to know that the stinker quotient is extremely low. I was initially drawn to him because he's who I think  my teenage self would have thought that jazz was. The truth is that the first time I heard his music it already sounded familiar, not a particular song or sound but just the overall feel. Mingus is jazz.