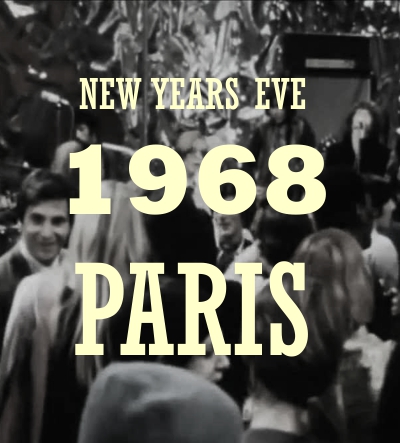 I can't believe that I hadn't heard of this one. A TV special from Paris that had aired on New Years Eve 1968 with the Who, Small Faces. Pink Floyd, the Troggs, the Equals, Joe Cocker, Booker T and the MGs, Fleetwood Mac and Les Variations. I just spot checked it and so far it looks really good. The Who and the Small Faces lip-lynched their songs while everyone else performs live.

This was an intimate studio venue with a low stage. There are flailing limbs, kids jumping on stage, and a little crowd surfing in one set. The unexpected bonus is the footage of the studio audience. Paris in 1968? You know there's some style going on. Post-mod type style, and all hopped up on something.

Watch:
New Year's Eve - Paris, 1968 at YouTube The Who, the Small Faces, Pink Floyd, the Troggs, Joe Cocker, Fleetwood Mac. 93 minutes
Visit:
New Year's Eve 1968 "Surprise Partie" at Stranger Than Known Good description, with the song list at the bottom of the post.