AND HOW LONG HAVE YOU BEEN A TRUCK? 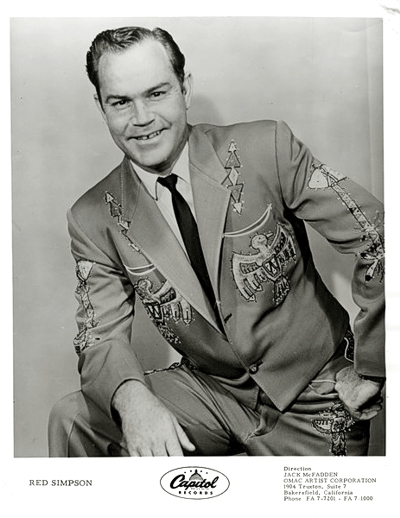 I wasn't even looking for it and if you would have asked I would have said I wasn't in the mood for trucker music. But after a few random clicks I ended up on Red Simpson's "(Hello) I'm a Truck". It hit the spot. The Bakersfield sound of it, his rap in the middle of it, and that it's a truck singing about it's owner. Good stuff too, the shame of being passed by a "Volkswagen bus full of hippies".

I got this on a country compilation cassette. Since this C-90 indoor soccer game day tape was also going to have the TV show Simpsons, I felt I really should include it.

Thanks for commenting Steve. If a commenter has a user profile as you do, I like to check 'em out. After spending a half hour looking at yours, I fell into the rabbit hole that is Quimbys. Don't be a stranger!