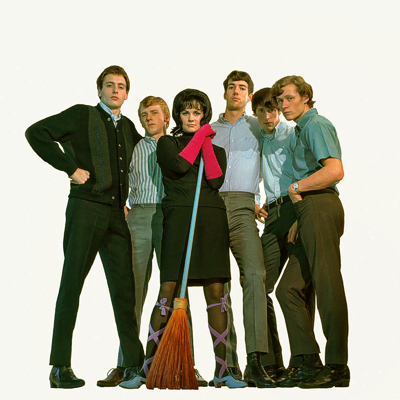 While a Halloween party isn't really legit without a witch, I can't think of the last time I saw an adult dressed as one. Maybe it's because you can do other costumes half-assed, but if you do a witch costume half-assed, it damages the franchise, and being that particular franchise, all sorts of bad things can prevail.

If you're party lacks a true witch, best to honor the hag in song, and I can think of no two better witch related songs than those below, by the Sonics (seen above with a fairly lame one) and Kip Tyler. Represent!


~ NOTE: ALL MEDIA IS HOSTED BY THE BLOGS & SITES NAMED BELOW ~
Listen:
The Sonics - The Witch mp3 at Tinyvices Essential