FROM THE "GET OFF MY LAWN" FILE 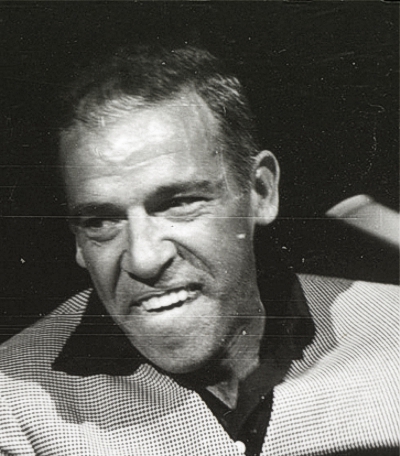 I mentioned a couple days ago that I'm reading Art and Laurie Pepper's The Straight Life. Without going too much into it, a word to Art Pepper fans thinking of reading it: Pepper at times could be a really fucked up human being, and an idiot. We are all human, but just so you know he doesn't gloss over the parts that don't make him look good. The idiot part is that he seemed to make the same mistakes over and over again, with dire results.

I just reached the part of the book where he's out of prison and auditioning for Buddy Rich's band and he's nervous. He'd heard that Rich is a hard guy to work for. I don't know how it turned out (that's still to be read), but I smell a conflict. Anyway, it reminded me of the Buddy Rich tirades I posted several years ago. This is what I said back then:

Here's some good ol' fashioned "fuck" laced tirades, old school style, wherein a member of the old guard, in this case Buddy Rich, berates his younger band. There's a lot of cussin' going on, heavy on the f-bombs. A random line: "You’re all up there, fuckin’ high school, bullshit jive artists." In the one tirade that I tried counting, I lost track at about twenty seven "fucks". Seriously, dude's on the front lines of the Fuck Liberation Army. When it all comes down to it, it's just a word. It should carry no more weight or stigma than the word "fornicate". But it does. And Buddy Rich knows this, as do other foot soldiers. Which is why the artful cusser uses it liberally for flavor. It's cheap ammo. Avoiding the cutesy "fuckin' fuck" and the conceding "fuck you" (which pretty much translates as "I got nothin'"), demonstrating a chef's deftness, seasoning to taste.

There's one of Rich's tirades below, just as a preview. You really should go to the hosting page, they have four in all, audio and transcribed text, so you can follow along in the muddy parts. Plus a comment from a former band member attesting to his nice guy side. "Big Swing Face" is down there because that title rules. It has a nice ring to it.