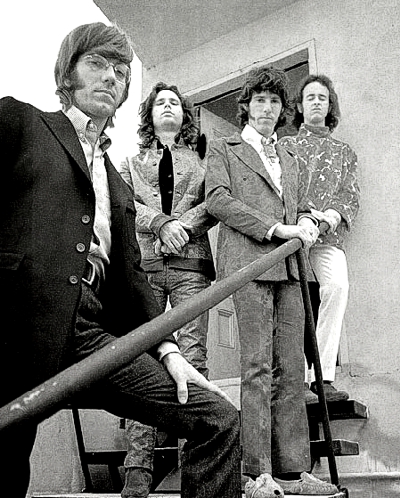 This is, eh, pretty cool I guess. You don't run into many clips of the early Doors where they're not lip syncing. And you certainly don't run into many clips of the Doors doing a spoken word thing that would show up on an LP three years later as a song. Or maybe you do. I'm not near that level of a Doors fiend to keep tabs on this kinda shit. The clip is from 1968, the tracks are "Alabama Song", "Back Door Man", "Texas Radio and The Big Beat", "Love Me Two Times", "When the Music is Over" and "Unknown Soldier". The part I'm taking about is "Texas..." (at 5:15), it would appear in 1971 as "The WASP (Texas Radio and the Big Beat)" on the  L.A. Woman LP.


There's some other Doors shake down there. Don't blame me for the Snoop Dogg thing. I ran across it and had never heard it. I think it was made for a video game. It's mildly amusing to hear him rattle on about the lizard king.