RUMBLE MAMBO IS AN OXYMORON 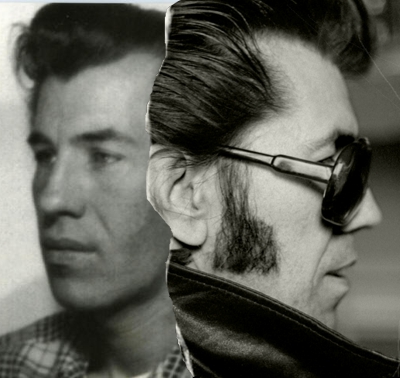 Among all the bad shit that's been going on, there is still some good things to be found. Probe Is Turning-On the People, the bare bones music site of Phil Milstein, is still cruising. His most recent post is five versions of "Rumble", get this, all done by the man, rumbler godhead himself, Link Wray. Among the versions, one originally unreleased (the '65 version) and one that was recorded without the requisite menace ("Rumble Mambo"), a rare Wray fart. I've heard the original and covers of "Rumble" a thousand times, but hearing five versions done in the space of roughly a decade by the man himself is just about the best thing that has happened this week. How dead-on is the Probe? It's all in the details. If you look at all the info on the mp3 files you'll note that he's labeled the genre as "classical". Probe gets it.

The five individual mp3s are in a single zip. As of today they're at the top of the page linked below but, being that the site is bare bones, the newest posts appear at the top. He does, though, label posts as "sessions", so if Rumblemania ain't at the top, scroll down to Session 636.

~ NOTE: ALL MEDIA IS HOSTED BY THE BLOGS & SITES NAMED BELOW ~
Listen:
Link Wray's Rumbles at Probe Is Turning-On the People Five versions of "Rumble" by Link Wray, in a zip. If the post isn't at the top of the page scroll down to session 636.