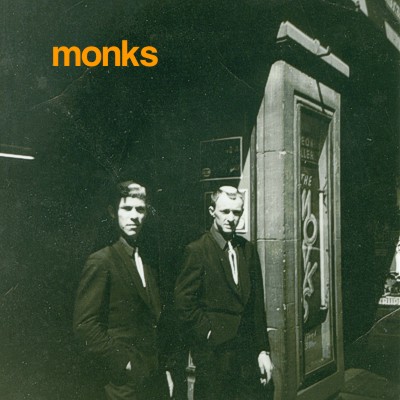 We're rounding the home stretch to 3000 posts here and I was getting a bit nostalgic. I thought I'd head back to old favorites and the first band that came to mind was the Monks. They've been posted here several times but some of the older links were no longer working, so an update was in order regardless. The bonus is that I found the 2006 documentary on them The Transatlantic Feedback. Pillaging the old posts I was reminded that the first bit of writing that I ever got paid for was about the Monks, on Woodstock.com of all places. If you want to read it, there's a link below, but their story is much better told at the Monks official site. I think you might get an idea of the direction they lean by some of the song titles. It's 1967, do you think Donovan is going to be singing a song called "I Hate You"? "Shut Up"? This is punk rock.Yeah baby.

Salvatore Hezekiah, your spam comment was removed. Get a life, jerk.