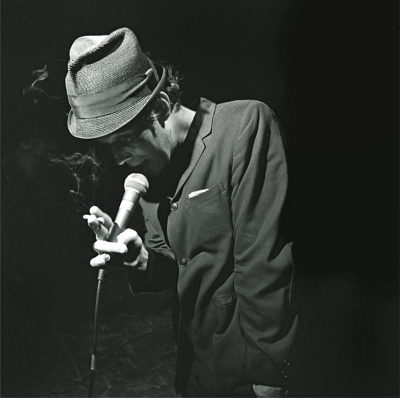 Here's a good one that I ran into, as usual while looking for something entirely different. It's a well recorded early live set from Tom Waits from a broadcast of Austin City Limits. If you're only familiar with Waits's later post-Rain Dogs stuff, these might seem a little less adventurous. Musically, that may be true, but the early stuff is what brought him to the table. His trademark gravely voice is there, but the music is more old school. There's mid-song storytelling coupled with smoky lounge jazz of the crinkly naugahyde booth variety. Considering that it was recorded in 1978 when Waits was twenty-nine and this type of music entirely  out of fashion, it's amazing to think of someone that age not grasping for that brass ring of youth acceptance.

There's another set down there from a BBC show in 1979, nine songs. I haven't got to that one yet, but that's my next stop. If you don't like early Tom Waits, well, I guess you're just shit outta luck tonight. Me, I'm diggin' in.


~ NOTE: ALL MEDIA IS HOSTED BY THE BLOGS & SITES NAMED BELOW ~
Listen:
Tom Waits - Austin City Limits, Christmas 1978 at Big O Seven individual mp3s
NOTE: "To reduce spamming, the BigO website is going through Cloudflare. What it does is scan your browser to ensure the visitor is not a spam. Do not be alarmed as this usually takes only a few seconds." Letting you know so you don't freak out.
Tom Waits - Never Talk to Strangers (BBC 1979) at Aquarium Drunkard Nine songs in a zip. Once at Mediafire, click only on the green download button.