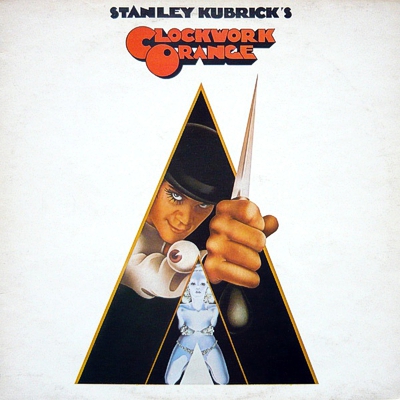 Man, do these songs take me back. It's hard to imagine now just how crazy these two sounded in the early seventies. I remember coming away from it, the first viewing of Clockwork Orange, thinking "I gotta get this soundtrack." I never did. Hearing these tonight after not hearing them in decades, I was right back there outside the theater.

If you do get the soundtrack, make sure it is "Wendy Carlos's Clockwork Orange", which is not the same album as your picture.

For those of you who don't know, Walter became Wendy in 82.