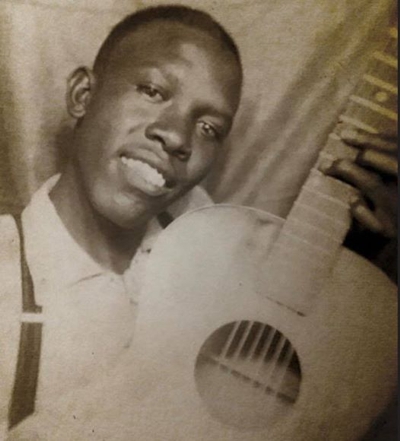 Most of you know who Robert Johnson is and some of you know exactly how many known photos of him there are. I hadn't checked in a while, but I know the last time I did, probably about twenty years ago, there were two. Now there are three. And that's big news. It was recently posted online, as in the last day or two, and is from the cover of a book about him by his sister. She had the photo with others in a cedar chest for years. The whole story about it is at Vanity Fair.

For those of you who don't know shit, Johnson was a blues man, had a short life, highly influential, sold his soul to the devil, blah, blah, blah. There's tons of shit elsewhere. There's a couple songs down there and a couple covers (the Stones and the Gun Club) but the real reason is just to hep you to photo #3.