"TOO MANY EYES ON HER THIGHS" 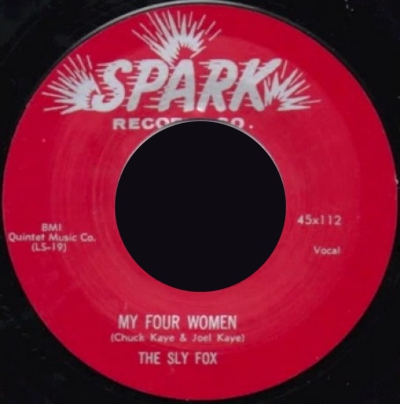 I haven't looked into this one much, I don't know the back story, yet. I think it merits some casual digging. Here's this guy, Eugene Fox. Probe posted some of his stuff back in '09 and I'm just now running into it. He had a record out on Checker, same label as Bo Diddley. The song, "Sinner's Dream" seems like it was intended as a gimmick record. It's good in an oddball sorta way. Then I checked a few others, released under the name "The Sly Fox". Nearly all of them are rhythm and blues ala Andre Williams with added gravel. Man, does this guy like to ramble.