NOT EVEN ON MY BINGO CARD 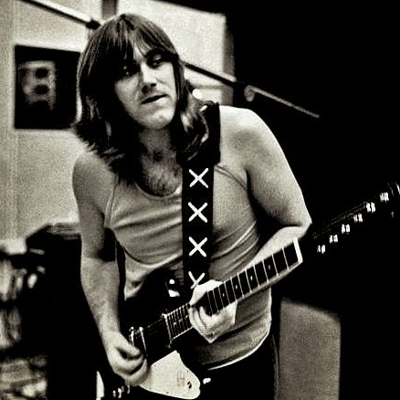 Let me just head off all of the WTFs. Chicago was not all bland AOR crap, albeit they mostly were. Let's get to the meat. Years ago I saw an interview with Jimi Hendrix by Dick Cavett. Cavett asked him if there were any current guitarists he admired and he answered Terry Kath. Kath was a founding member of Chicago, so out of the gate that sounds dubious. But check this video. I advise you to start from the beginning and cut a little slack for early Chicago. They were harder than most of us, who quit listening after the first few LPs, will remember. Stick to it until 2:56. You'll see why Kath got Hendrix's attention.

I posted that video on YouTube and got reactions that were all over the map. The guys who played guitar generally liked it. One friend questioned "Did [me] just direct me to watch a 2-minute guitar solo?" That was a friend who knows me from the post-punk rock crowd. My brother said "I did not see that on my bingo card" which got a few laughing emojis. The biggest surprise was from a friend named Robert, who I've known for years. He was one half one of a well known late seventies industrial duo. They were a wall of noise, in a good way.

When I posted that Chicago video, Robert hepped me to "Free Form Guitar" from the debut Chicago Transit Authority LP. Ho-ly shit. It's just full-on distorted, feeding back totally improvised grinding, wailing guitar. One guy, Terry Kath. Robert mentioned "My brother had the record at the time, that was basically the only track i ever listened to." I answered "Judging by early [his duo] I'd say it was probably an ear opener at a younger age. 'More of this please.'" He answered that it, the song, was definitely an influence. Compare the two below. Back to Kath, there's also a link to a documentary about him, which I haven't watched yet but the few snippets I've seen looked good.
~ NOTE: ALL MEDIA IS HOSTED BY THE BLOGS & SITES NAMED BELOW ~
Listen:
Chicago (Terry Kath) - Free Form Guitar (streaming) at YouTube 1969
Non (Robert's duo) - Pagan Muzak (streaming) at YouTube 1977-78
Watch:
Chicago: The Terry Kath Experience at YouTube Two hour documentary. Don't forget, "skip ads"
Posted by Tom G. at 7:52 PM