NO ELVIS, BEATLES OR ROLLING STONES IN 1971 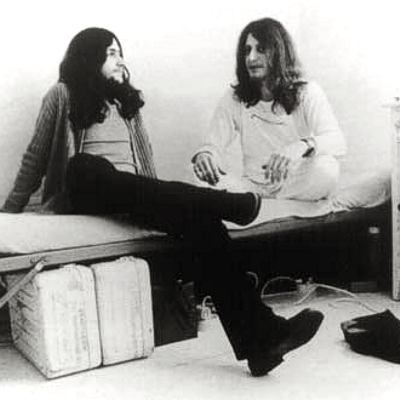 Man, this is just what I need. A bunch of Germans toying with shit. Krautrock was supposed to have been a derogatory term when it was first used (early seventies) but the alternative term, Kosmische Musik, while probably more accurate, offends me. It translates to "Cosmic Music". Yuck. Why not just call it "Weird Shit". Whatever you want to call it, it's different and it was made by a bunch of people that knew there was little hope of a hit record.

Here's a couple long ones by NEU!, seen above just chillin'. One is from their first LP and the other from their second. Just so you fans of Can, Cluster and Kraftwerk don't feel left out, an hour long BBC documentary about Krautrock is down there too.