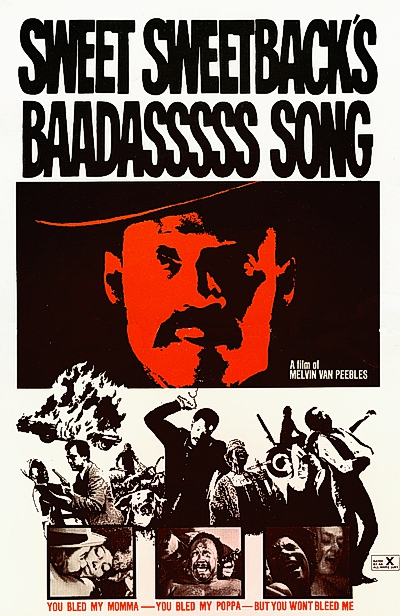 So, I just ran into an article at the Guardian about the fiftieth anniversary of Melvin Van Peebles's Sweet Sweetback's Baadasssss Song. It was the first really big blaxploitation flick and one of the earliest successful independent films. Citizen Kane, it is not. But it's success opened the doors for other blaxploitation and independent films. Slight detour: In searching for the film online I was ran into a video of a band called Burnt Sugar Arkestra, and if you're familiar with Sun Ra, you'll know why I had to give that one a shot. Anyone using the term "arkestra" in their band name is somehow tuned into Space Brother #1. I was not disappointed.

So this here's the movie, the article, a podcast about the movie and the theme song, which is a totally worthwhile seven minute groove. When you're done with all that, check Burnt Sugar or cool your heels and watch one of the many blaxploitation films at YouTube.