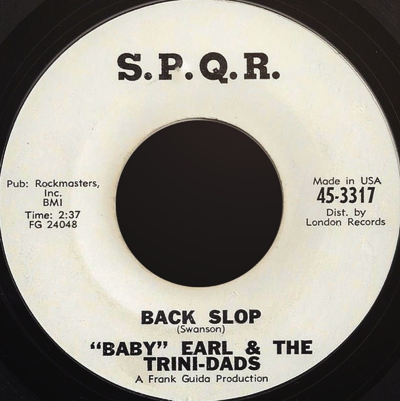 About a year and a half ago I posted a link from this blog, raved about it, bookmarked it, and then proceeded to forget about it. I ran across it again today, and while the site rarely updates so there is a finite amount of selections there, I'd forgotten the lengths the host, del Piero, goes to for the backstories.

The records posted are all obscure. My guess is that you may never hear them anywhere else, which wouldn't matter much if the music sucked, But it doesn't. There's some informed taste going on here, and research by someone who clearly know what he's doing. As far as the type of music, from the About page, "I’ll be posting R&B, doo wop, popcorn, soul, funk, Latin, exotica, ska, mod jazz, soundtracks, rockabilly country and some nice dirty garage beats, from all around the world, and even some local Aussie stuff." I'm aboard as long as "local Aussie stuff" doesn't mean "Men at Work stuff".

Here's just three to give you an idea, all three from the early sixties. You know what? You should really go there and poke around. G'wan, GTFO.