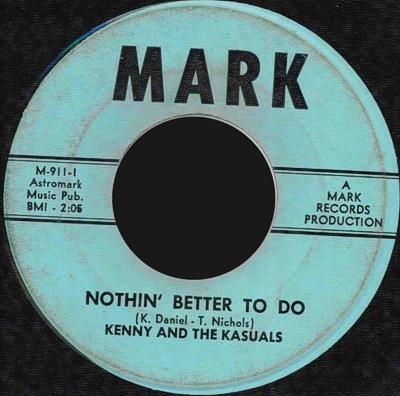 Blah, blah, blah, garage bands. What can be said that hasn't been? You know, kids in a garage hoping to be the next Stones or Kinks, blah, blah, blah,  with bowl haircuts and  pointy shoes, blah blah, recorded in questionable studios for shitty little labels. Whatever generalizations you want to throw out there do nothing to diminish the charge I get out of loud fuzz, Farfisa and snotty vocal deliveries. And there's usually something a little overreaching. The less known you are, the more you have to do to stand out. You have to be the fuzziest, snottiest, or have the craziest drummer. There's always something that, once you hear it it, cannot un-hear it.

The bands below aren't that obscure but I had already rounded them up and I'll be damned if I'm going to go hunting just to find other garage bands that are more obscure.