THAT DAY THE ART DIRECTOR WAS HIGH 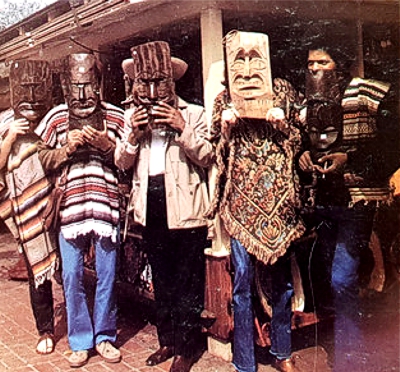 Here's a grab bag of covers. A couple surprises of note: The cover of "In the Ghetto" by Gene West is actually a young Barry White. And the lounge-y latin jazz cover of "Psychotic Reaction" that I thought might be some sort of corny retro outfit is actually Señor Soul who would later become War. That's them above, from an album cover. Pulling zero stops. They look like they're trying to cover all the bases, the guy on the far right dropping his mask going "Fuck this shit. This is ridiculous."