AND THEN THE SECOND LEFT AFTER THE LIGHT 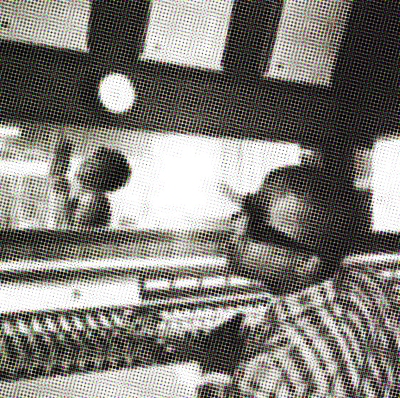 With music blogs going belly up left and right, take a tip from me: If you find a blog you like, dig through some of their older posts. Many will have a bunch of old posts that you can check out and many of those will still have links to mp3s, mixes and what-not. That goes for this blog too. There are 3615 posts here going back to 2007. Don't get too focused on just the latest posts.

I had to point that out because I was digging through old posts at Probe Is Turning-On the People (online since 2005) and ran into one from 2012 that I hadn't checked out. It's two different versions of Mable John's "Who Wouldn't Love A Man Like That?" One from 1960, the other from 1963, both on Tamla (Motown). What makes this interesting is that the later version, according to John, was not produced by Brian Holland and Lamont Dozier as the official credits list, but by Stevie Wonder who was then 13 years old.

Here was another cool turn. I hadn't been to Motown Junkies (online since 2009) in a while so I went there to hopefully get the skinny on the two versions, not sure if they had them covered. To my surprise they had entries for both. The full stories behind both versions and why there were two. Very interesting reading, for geeks anyway. Hey, now I know that Mable John is the sister of Little Willie John ("Fever"). I didn't know any of this stuff this morning.