LET'S JUST THROW EVERYTHING IN 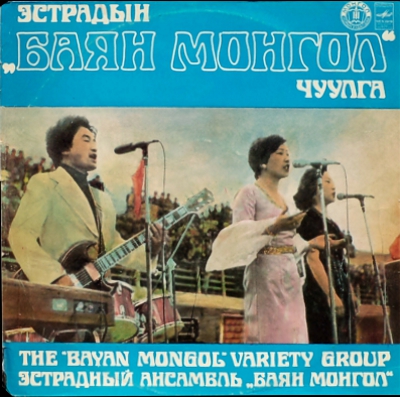 I'd forgotten about Waxidermy until I saw a link to one of their posts from 2006. What the hell, it'd been a while. It was about The Bayan Mongol Variety Group from Mongolia. It's thought by the host to be from the late sixties. Whenever it was recorded, it's nuts. It's got every trick in the bag, sounding in different parts like a spaghetti western theme, psych, ska and cop show soundtrack (Quinn Martin shit). Fuzz, some primitive synth-sounding thing, horns, repetitive bass line, this thing is four minutes and forty eight seconds of not knowing what's around the corner.

~ NOTE: ALL MEDIA IS HOSTED BY THE BLOGS & SITES NAMED BELOW ~
Listen:
The Bayan Mongol Variety Group - [title unknown] mp3 at Waxidermy If the mp3 link here doesn't work, go there to get it.