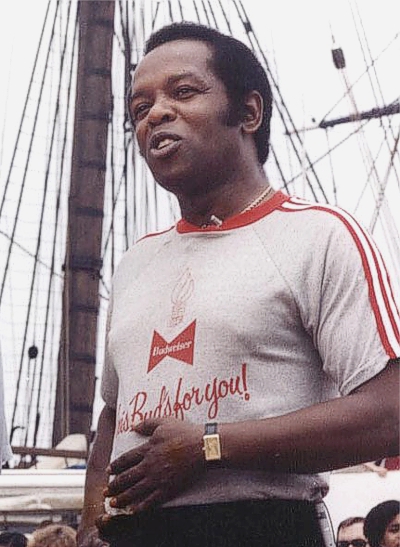 This is where I cut out. I ran into a Lou Rawls song, THE Lou Rawls song. If you know only one Lou Rawls it's "You'll Never Find Another Love Like Mine". It's a good song, a superb voice, but, you know, over played to the point that you stop listening. Because that song was so familiar, and the only song I knew, Rawls was always on the back shelf. Then a friend of mine was over, someone I rarely see. We were watching a ball game and talk came to music, He started going off about Lou Rawls's voice. From anyone else I might not have been attentive, but this was the person who turned me onto Bobby Blue Bland decades earlier. Fuck yeah I listened. Then, the Dirtbombs covered Rawls's "A Natural Man". Yet another endorsement from someone with respectable taste. Yes, Lou Rawls is now on the list. The Bud shirt is his street cred.

"Love is a Hurtin' Thing" is a great early Lou Rawls song - it's even name checked in Arthur Conley's Sweet Soul Music.