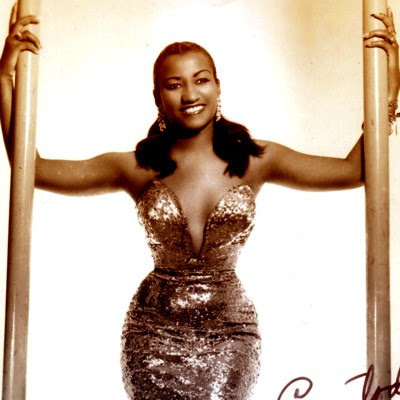 Celia Cruz was hot, in six decades. She really had it goin' on. She definitely passes the test around here. What's not to like? Even those put off by her diva outfits (personally, I wouldn't want her any other way), would have a hard time not succumbing to her most awesome Latin grooves. And that voice, the voice that changed so little during her her long career. The kicker is that she always looked like she was having a good time. She had that radiant big ass smile. You can't help but wonder how cool it would have been to hang out with her. Well, you might not. But just think though, hanging at the beach wall at the foot of Newport Ave, just chillin' with Celia Cruz. That would be most awesome.